Bob Farmer began the meeting by laying out the topics. He spoke about the church, safety of our children being paramount, putting some things in place while at the church, and putting policies in place for child-adult interactions outside of the church. He acknowledged that although we have increased security with the check point system and the various volunteers in red, orange, and green shirts, there are more things we can do and more common sense practices we can employ. More supervision and accountability were two examples given.

Jim Taylor then spoke about Brandon. (Side note: Brandon pled guilty on 1/26/15 and was sentenced to 25 years in prison on 3/30/15.) As the chairman of the elders, he stated that the elders supported Steve’s leadership and pastorship. The families of the victims requested that they remain anonymous and apparently Steve is the only elder who knows who the families are. He also spoke about how the church had to keep communications limited while the investigation was ongoing but now that Brandon has been sentenced, leadership can speak more about it. Steve then spoke about the various rumors on social media – that there were other victims; that he knew about Brandon’s propensity as a rapist; and that he did nothing and shunned the person who came to him to tell him about Brandon.

Steve Wingfield responded that he learned about Brandon when the parents came to him, shortly before Brandon’s arrest last year. He and the parents were shocked. He acknowledged that what Brandon did was a crime and stated that he would in no way hide something like that had he learned about it beforehand. He also said he would not dismiss a parent’s concern about his or her child. He implied that the person who came to him either had an agenda of sorts or was a previous molestation victim and needed to lash out or hurt someone but, that person did not discuss Brandon Milburn. He stated that there was a witness in the room when that person came to him and that he has email communication regarding it.

He needs to seek legal counsel to confirm what, if any, of that he can share in his role as pastor/counselor. Church investigation is still ongoing but as of right now the only two boys who have come forward are the ones to which Brandon pled guilty. He spoke about connecting with Southeast Christian Church during the investigation.

He also reiterated some of Bob Farmer’s points about child safety within and without our church. He expressed the hurt he feels about the rumors and social media posts and stressed that he, and the executive pastor at the time, would not have allowed their children to have a close relationship with Brandon if they knew Brandon was molesting children. He stated that he will have additional meetings about this topic with other small groups in our church (Celebrate Recovery, worship team, etc.) and that those groups would be informed either by email or announcement of place and time but that he would not use Sunday mornings or the pulpit to defend himself. That time is to preach God’s Word. He can only defend himself so much; however, and he will rely on the elders to speak in his defense.

He then opened it up for questions.  Someone asked about camp counselors because they wanted to meet them before they send their kids to camp.

Danielle Ricks responded to this. At this time unfortunately they do not know who the male counselors will be.

Jean Chappel asked if we, as children’s ministry workers, needed to do anything differently.

Bob Farmer responded to this and said not at the moment. There will be some changes made over the summer break that will improve our safety measures but, for now, no.

Chris Horton asked about staff turnover and membership turnover. He stated that Brandon’s situation was not the only concern but seemed to be the catalyst that sparked the conversation to finally occur.

Steve Wingfield responded to this. People leave for various reasons – whether they dislike Steve, dislike the neighborhood, feel unable to cope with the recent volatility (i.e. Ferguson), etc. Every minister who has left has left of his or her own accord. Steve has not fired anyone. Some ministers needed to leave for their own personal reasons or to serve God elsewhere. Some needed to leave for our church. Our neighborhood has had great turnover in the last 30+ years (i.e. more diversity) and not everyone is okay with the changes. Steve loves Florissant and its surrounding areas as it was then and as it is now. He loves our church and loves God’s people. We should not focus on those who have left but focus on those who have stayed. Sometimes we get so close to ministers and staff that when they leave, we create an uncomfortable environment for the next staff person who steps in. They feel unable to fill that person’s shoes. Or, we leave the church with the staff person but stay connected through social media with members who stayed. That connection creates a false sense of togetherness and can make it difficult for current church members when they see postings and comments like the most recent ones. He told Chris and Christy that if they would like, he would come to their home and discuss this further.

Someone asked about the investigation and Steve Wingfield responded to this. He mentioned again Southeast Christian Church, which was Brandon’s home church. Brandon’s mother currently works there. He spoke about Brandon not having a background or record and never having gotten into trouble there. He also spoke again about figuring out how much he could share about recent events and the ongoing investigation.

Bob Farmer wrapped up the meeting by thanking everyone for coming and serving. He spoke again about the changes that will occur once the school year is out and the need for more meetings, transparency, accountability, etc.

Eugene closed us in prayer.The mood of the meeting was solemn. Someone crying while Steve was speaking about not dismissing a parent’s concern. We wrapped up a little after 9 p.m. A few people thought it was a good meeting. 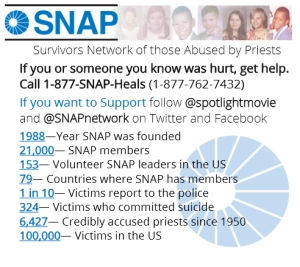