Copied from Keith Kepley’s timeline on Facebook. (In case it disappears.)

Recently, at least two Saint Louis Christian College alumni (I was not among them) were censored from posting on the closed SLCC Alumni group, because they were discussing in an appropriate and closed setting why they would not feel comfortable sending their children to SLCC given the school’s handling of its compromised relationship with First Christian Church of Florissant, and it’s beyond questionable decision to force the resignation of whistleblower Doug Lay as he raised awareness of the child sexual abuse cover-up / mishandling at FCCF.

Recently, the SLCC Trustees closed off private communication with me after a year-and-a-half of private dialogue. During that year-and-a-half of open doors to private dialogue, I have publicly and privately offered unaccepted forgiveness, and have almost entirely refrained from communicating publicly about SLCC. I would still prefer to communicate privately about SLCC directly with SLCC officials. When new President Stine arrives, I hope that door re-opens. That door is not currently available.

As an attempt at accountability for closing the door to healthy private dialogue with both myself and other alumni, I offer a single public post regarding SLCC. My hope is that this post and any public light it sheds will serve as motivation for SLCC to re-open private avenues for resolution and communication. If SLCC continues to censor and squelch genuine conversation brought by concerned parties in appropriately private settings, the conversation will necessarily continue publicly. If private opportunities re-open, those channels will be taken rather than public communication like this post.

“(FCCF lead minister Steve) Wingfield did not act responsibly in the matter of the convicted felon (Brandon Milburn). I’ve been told by an elder that they were going to investigate more but then felt they were getting boxed into a corner … I think what the elder told me was along the lines that maybe Doug, in their opinion was trying to move too fast on this.”

Given his openness about FCCF’s significant and grievous moral failures, Chairman Mosher was privately asked by me on March 9th, 2017 about SLCC’s continued public instruction for incoming students to make FCCF their top-of-the-list choice for a home church and consequently Steve Wingfield their top-of-the-list choice for their pastor while they attend SLCC: “Privately you speak candidly with me about how wrong FCCF was and how Wingfield should have been fired … Publicly, SLCC encourages students to attend FCCF. Please explain.”

Chairman Mosher’s response: “That’s the most ridiculous thing you’ve asked … don’t bother me anymore about this.”

More than two months later, SLCC’s website continues to encourage prospective and incoming students to make FCCF their top-of-the-list choice for a home church as they train for ministry (link below). 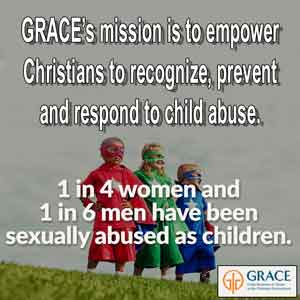 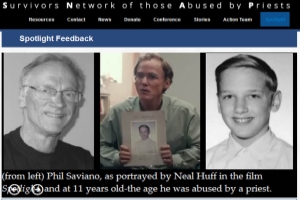